The Global Alliance for Clean Cookstoves uses Libris by PhotoShelter as its visual asset management solution.

The Global Alliance for Clean Cookstoves works to reduce the economic, climate and health risks of cookstove smoke by supporting the development of clean alternatives.

And with a little help from Shell and some highly effective visual storytelling, the organization’s message is catching fire.

Everyone has the power to change the world – not with some super-human ability, but with an idea, like developing cleaner cookstoves which reduce toxic emissions while cooking.

An actress who plays a superhero on TV delivering that inspiring line. Compelling visuals highlighting the work of the Global Alliance for Clean Cookstoves. A spot running on national television. And a partner backing the campaign with funding and household name recognition. Not a bad formula for a successful visual storytelling campaign.

We went behind-the-scenes with Global Alliance for Clean Cookstoves Communications Director Kip Patrick to break down the powerful elements of this campaign. Let’s dive in!

This public service announcement is part of Shell‘s Make the Future campaign, which shines a spotlight on innovative companies and ideas that are helping improve the world. Here, the spotlight is on the Global Alliance for Clean Cookstoves, and the idea that creating a clean cookstove can help families and save lives.

“It’s a huge advantage to have a partnership with an organization like Shell because they are able to extend our message to places we might not be able to reach on our own,” explains Patrick.

But this partnership goes beyond spreading the word about the Alliance’s work – Shell also fuels the work (pun intended). Shell is one of the founding partners of the Alliance, and has remained a committed supporter.

Patrick explains that the story of clean cookstoves resonates with people who know Shell. Working together benefits both brands, and helps them both tell stronger stories.

The PSA above is one of a series of videos on the dangers of cookstove smoke and the work of innovators solving the problem. The call to action on the television PSA is, “Search #makethefuture on Google.” When you do, the results lead you to pages filled with more videos and information (like this one).

The main goal of the Global Alliance for Clean Cookstoves is to establish a market for clean cookstoves. The organization provides seed funding to companies building clean cookstoves, and supports them as they grow.

“We want to help them get to the next level and provide those high quality stoves people need,” says Patrick.

This campaign peaks your interest with the short PSA above, and then provides the greater context with images, videos and written content. Check out this in-depth video on how grants from Shell and the Global Alliance for Clean Cookstoves support the work of organizations that build clean cookstoves, like Biolite, Burn Manufacturing and Ecozoom.

By scratching the surface and grabbing your attention, the campaign draws you in to learn more. Then, these organizations work together to tell a holistic story about the problem and the solutions.

Let’s take another look at that last video. A particularly haunting sequence begins at 1:11, which shows cookstove smoke climbing a woman’s arm, engulfing her face, and eventually overwhelming the room.

Meanwhile, you hear a startling figure in the voiceover: “The smoke from open fire cooking kills over 4 million people every year, which is more than HIV, TB and malaria combined.”

The end of the sequence cuts to a shot of a clean cookstove – a visual relief.

The footage perfectly demonstrates the problem and the solution. Watching that sequence, you can almost feel the smoke filling your own lungs. When the clean cookstove appears, you feel like you can breathe again. These images allow you to see and even feel how a huge issue that affects millions of people can be solved.

This stark visual contrast is repeated throughout the campaign, sending a message the audience can’t ignore. Take a look at this piece, which compares clips from the sequence mentioned above with footage of New York (a city bursting with energy), and adds music that creates a sense of urgency.

The imagery in this campaign proves that if you have powerful visuals to tell your story, you can have a big impact on your audience.

So how did these organizations create such poignant visuals? By working together, Patrick explains.

Shell and the Global Alliance for Clean Cookstoves identified three grantees to help tell the story (Biolite, Burn Manufacturing and Ecozoom) and demonstrate the cleaner solutions.

Then, Shell hired an external vendor to produce the pieces. The Global Alliance for Clean Cookstoves uses Libris by PhotoShelter as their visual asset management solution, and shared their photo galleries with the vendor to give the production crew an idea of the organization’s visual style.

The Alliance also tapped into its video archive, sharing footage from India and Kenya that was shot for another video in 2012. Remember that powerful sequence we broke down in the last section? That was file video from the Alliance’s archive. Repurposing this moving, authentic footage made the new piece of content stronger.

Finally, the Global Alliance for Clean Cookstoves worked with Shell and the vendor to script the segments and review the edits.

By leveraging the skills, assets and perspectives of each team, these organizations were able to create a compelling campaign.

The timing of this campaign was right for every organization involved, but it was also right for the audience.

It’s no mistake that the spots are airing on TV and generating buzz online during the United Nations climate change conference in Paris. This campaign allows the organizations involved to seize the opportunity and join the conversation.

“We won’t be able to solve the climate change issue without changing how 3 billion people in the world cook,” says Patrick.

And the message is catching on. The spot has aired on NBC’s TODAY Show and Saturday Night Live (the night Donald Trump hosted, no less, which garnered SNL’s biggest ratings in years).

“It’s helped reach an unbelievable sized audience for us that we never get to touch,” Patrick explains.

These five elements combine to produce one cohesive, informative and engaging campaign. By working together, the Global Alliance for Clean Cookstoves, Shell and the three grantees all get the chance to tell a powerful visual story with a fresh perspective – or perhaps, a breath of fresh air. 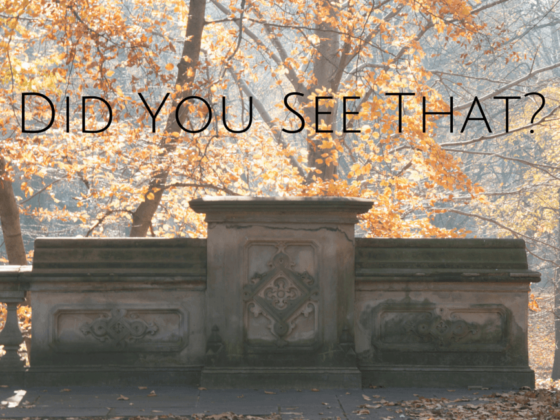